My second interview for the video project, Latino Arts: A Community Vision, went very well.  I asked for some questions and potential topics to review ahead of time so I could be thoroughly prepared.  I really hoped to convey a few key points that I had on my mind and I feel like I achieved that, so I was pleased.
The set up & style was conversational.  Two chairs & two cameras in a nice room at the Humanities Center.  The SPNN team was very cool and professional.  They put a lot of effort in to making me comfortable and getting the lighting right.  To my knowledge there wasn’t a traditional producer on set who knew the project inside and out, so I’ll be curious to see if we get everything they want or need from the one take we did, but everyone watching had good things to say after we finished.
We just went through it one time and that was it.  I will say that  I kept in mind the format Lisa Blackstone (Director/Producer) & Lorena Duarte (Producer) set up during the first interview, with the interviewee repeating the question for context.  I tried to insert some context in my replies on the fly but that extra concentration detracted from my train of thought.  Just a little bit…  So once I felt that affect the pace, I just rolled with the rest the best I could.
It felt like it went too quickly but it always feels that way.  And then midway through filming there was a loud bang on the roof like ice falling or the heating system kicking in.  I looked up at the cameraman for direction and he was visibly concerned about it but nobody else stopped so I just plowed through it.  I’m pretty sure that particular volley won’t make the final cut.  My eyes were darting around the room like a madman and I regret letting it affect me.
In the end, after Somos Palabrstas was cut from the final film, they followed through with the interview and I respect that.  It still has to make it to a live broadcast and we didn’t get to talk about Somos Palabristas being included on the DVD yet, but hopefully that happens too.
This whole experience has been very informative.  I may have learned more about about myself than I did about politics.

Thanks for supporting me & writing me through this process… and for and reading & watching my story unfold. 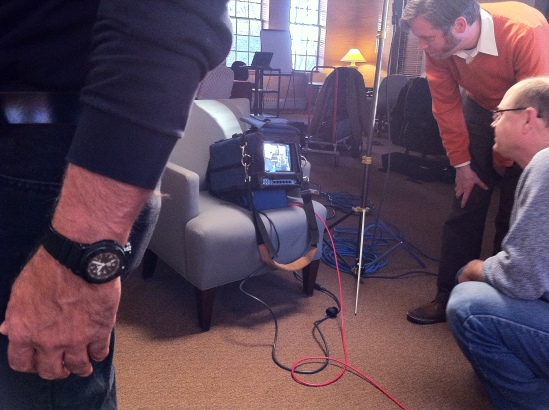 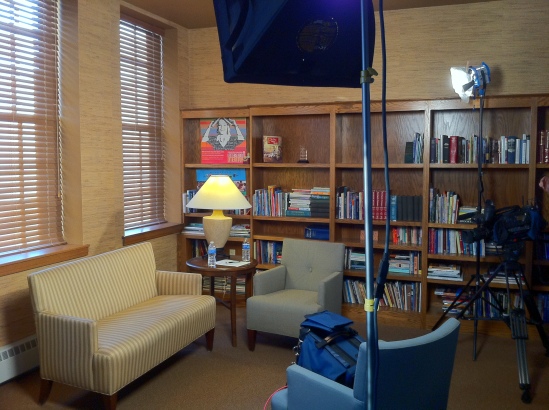